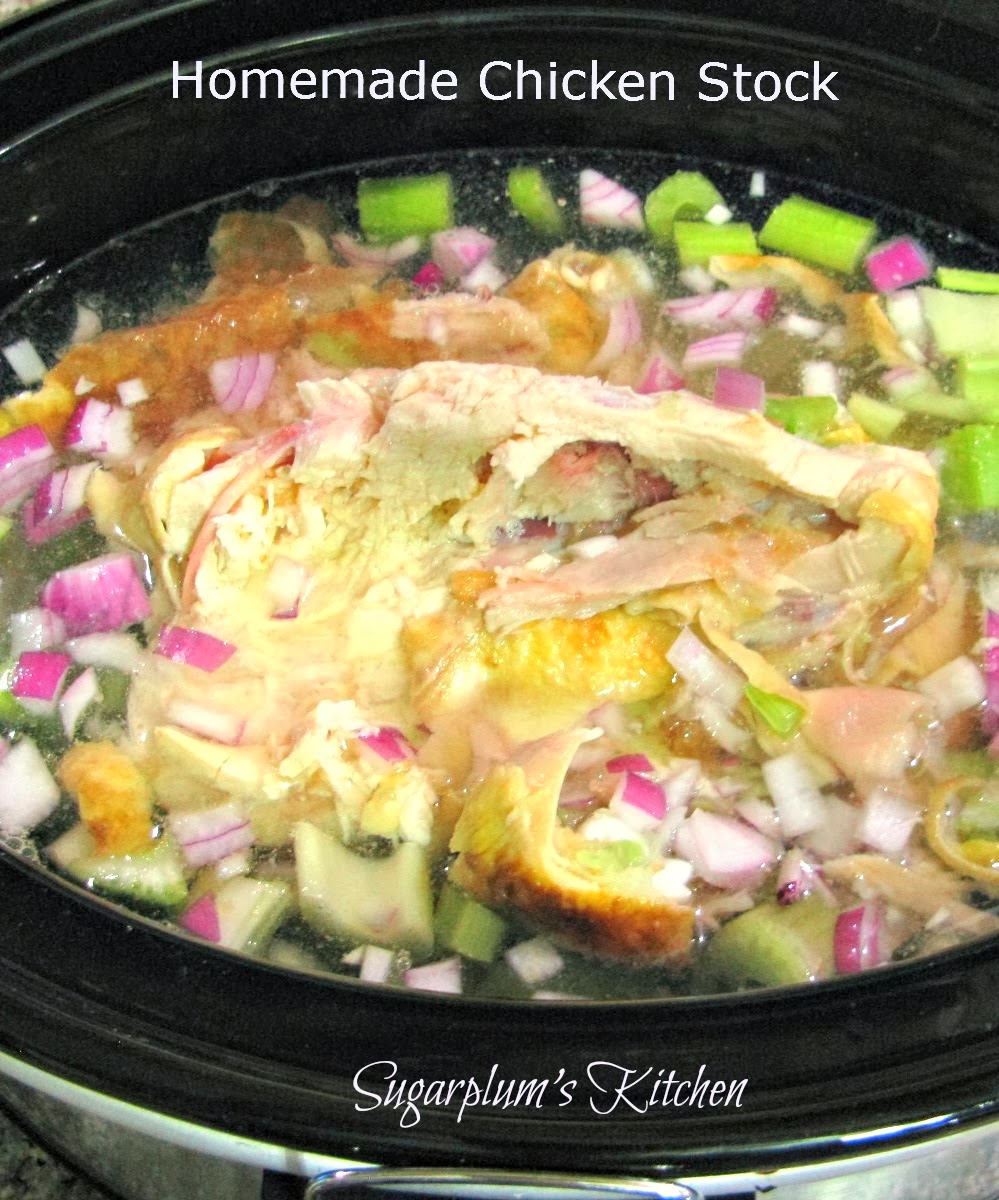 I love the convenience of using precooked deli chicken in various recipes.  I used to just toss the chicken carcass in the garbage when I was done with it but never again after realizing how easy it is to make my own chicken broth.  It is so simple to throw everything into a slow cooker and let it simmer all day.  Plus it saves a ton of money... I will never again buy chicken broth from the store! :) 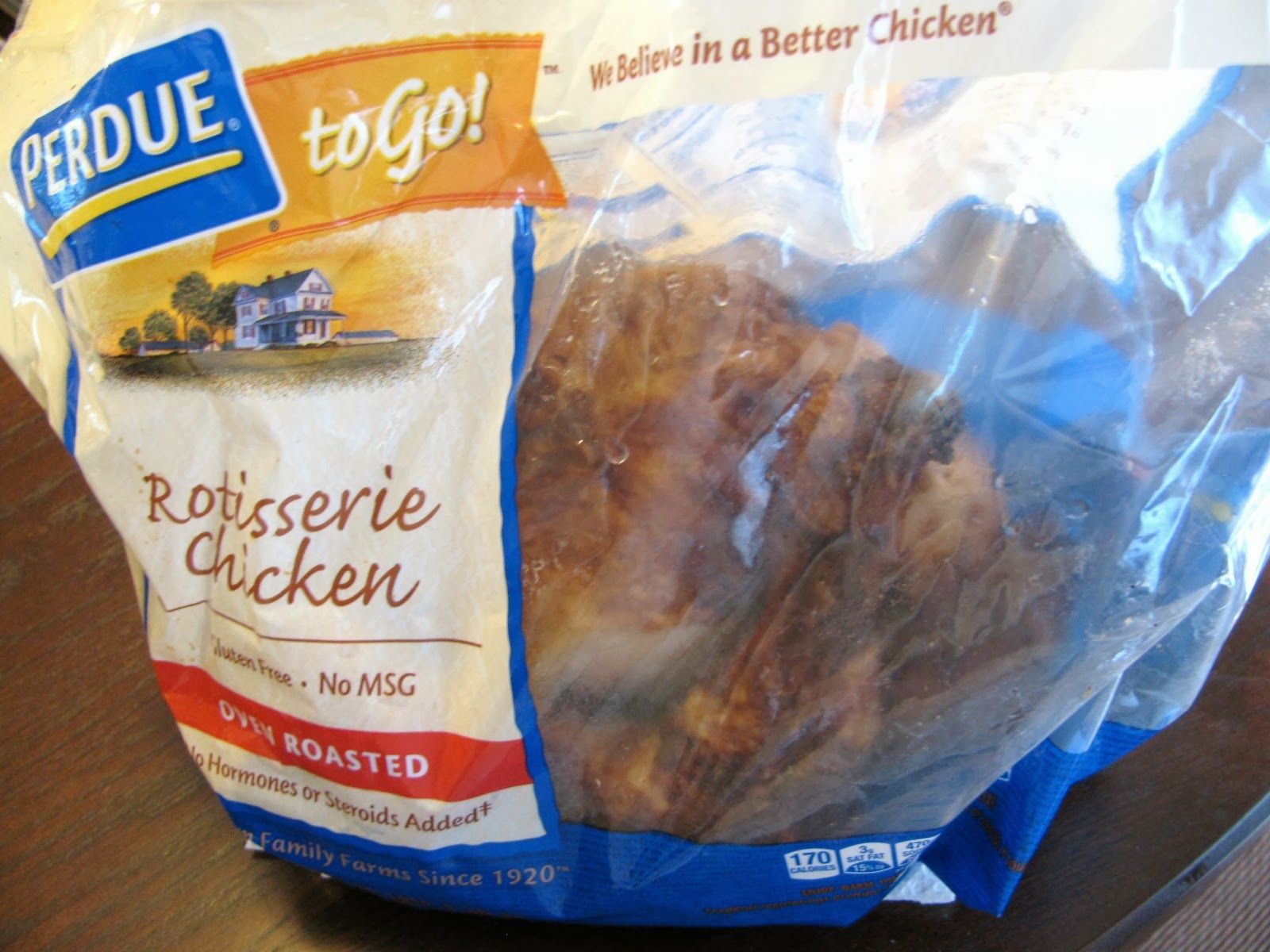 Place the chicken carcass, water, onion, celery, basil, garlic, parsley into the slow cooker. I don't add any salt at this time because I will be using this stock to add to other recipes that usually have salt added and I don't want to over do it.

Once it has simmered all day, I strain the broth and then freeze it to be used later in soups, sauces and other recipes. 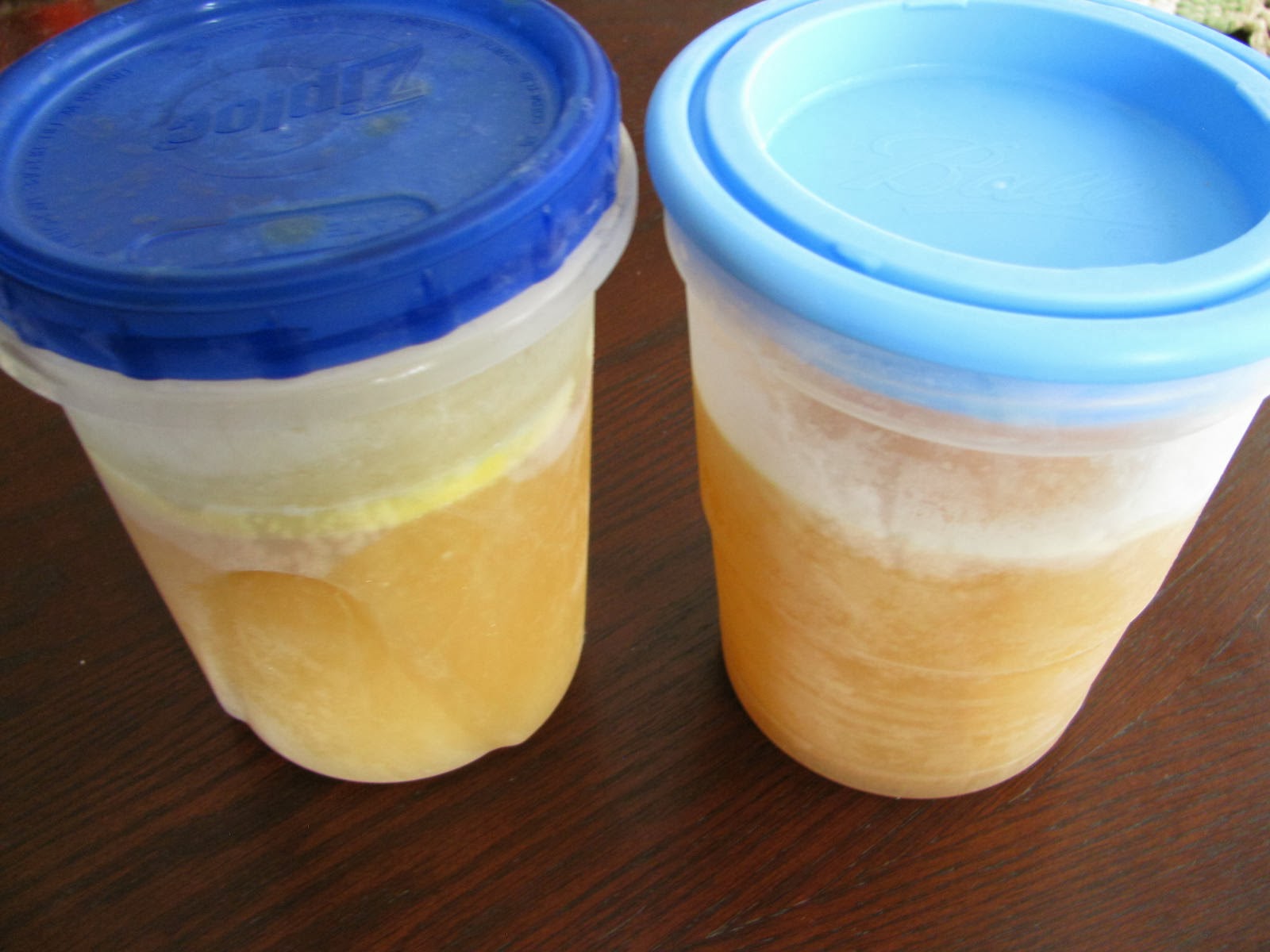 I will usually freeze some in large containers but I also freeze smaller portions in a jumbo muffin tin.  I then pop these out and put in a freezer bag.  These come in handy for smaller portions like adding to rice dishes. 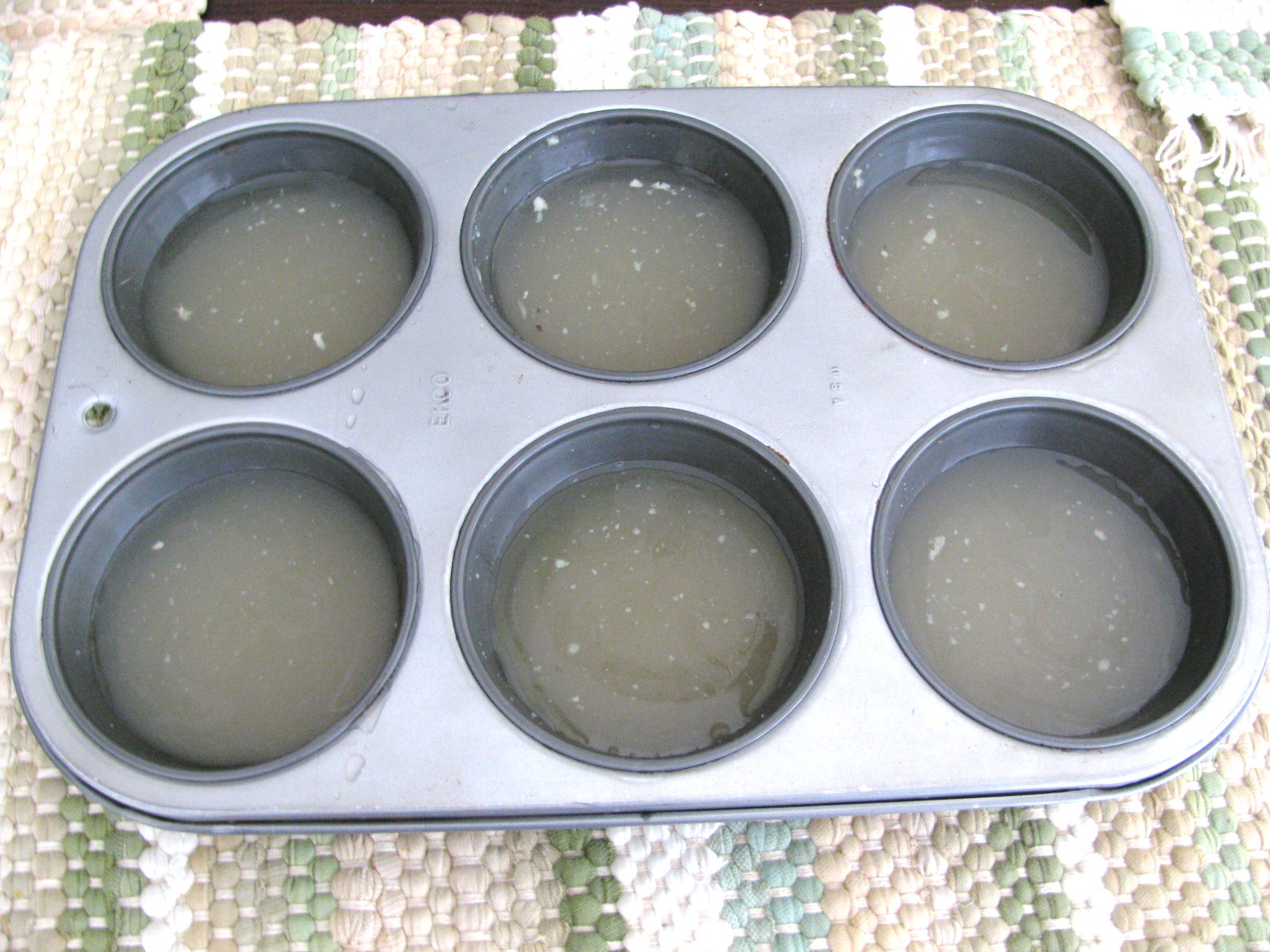 These jumbo muffin tins hold a 1/2 cup of broth.  Having it measured out makes it easier to add to recipes later.  You could also use a regular muffin tin and add 1/4 cup of broth. 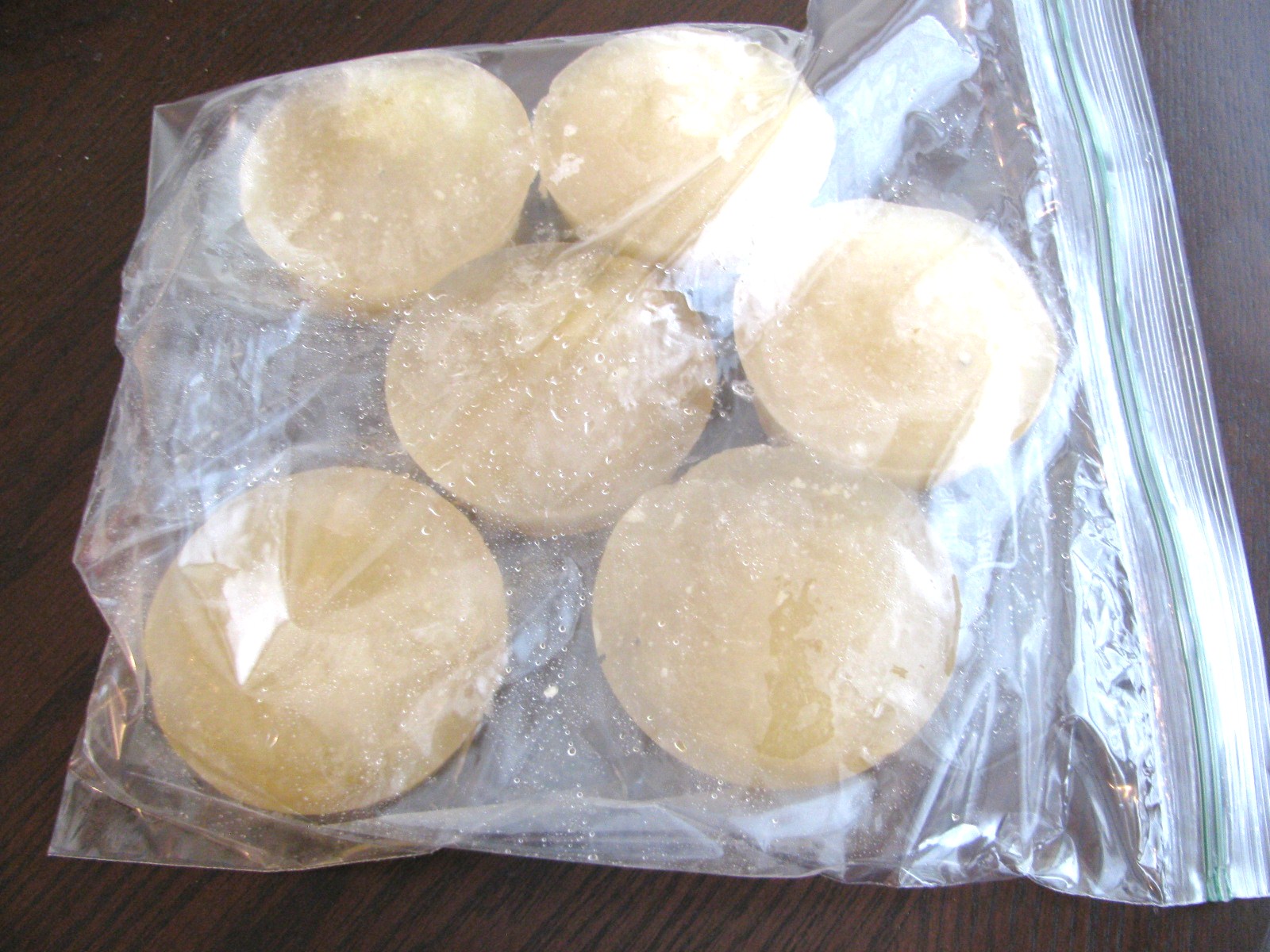 After they are frozen I just run a butter knife around the edges to pop them out and then place them in a freezer bag.  Then they are all ready for me pull them out of the freezer later to add to a recipe.

Directions:
1.  Place everything together in a slow cooker.
2.  Cook on low for 8 to 10 hours.
3.  Strain the broth and discard bones and vegetables.  Freeze broth in freezer, safe containers.

Posted by Sugarplum's Kitchen at 4:59 PM