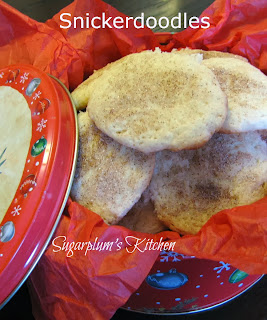 I opened my latest Allrecipes magazine and saw this recipe for Mrs. Siggs Snickerdoodles featured on page 39 of the Dec./Jan.2014 issue and knew I had to make these.  I have made these before in the past and they were a big hit!  Soft and light texture in the middle and a little crispy around the edges. I was out of shortening so I substituted coconut oil and it came out fantastic.  It gave it a little coconut flavor but it was not too overpowering. I will definitely make it this way again it the future. 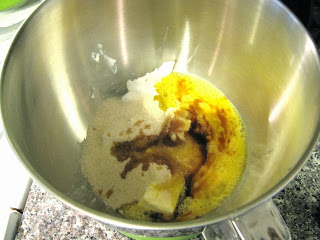 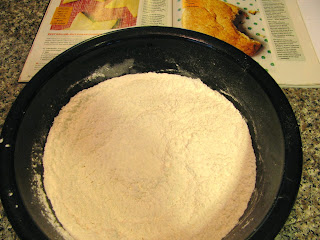 In another bowl combine the flour, baking soda, salt and cream of tartar. 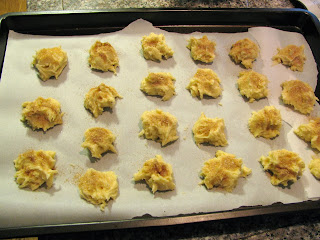 Drop by rounded teaspoons onto prepared baking sheet.  I like to use parchment paper.  The original recipe states to roll the balls into the sugar/cinnamon mix but I found it easier to just sprinkle the mixture on top.   Bake at 400 degrees for 8-10 minutes. 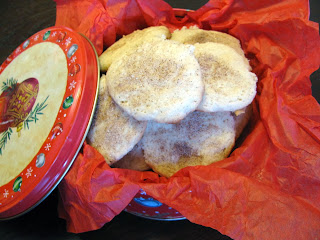 1.  Preheat oven to 400 degrees F (200 degrees C).
2.  Cream together butter, shortening, 1 1/2 cups sugar, the eggs and the vanilla. Blend in the flour, cream of tartar, soda and salt. Shape dough by rounded spoonfuls into balls.
3.  Mix the 2 tablespoons sugar and the cinnamon. Roll balls of dough in mixture. Place 2 inches apart on ungreased baking sheets.
4.  Bake 8 to 10 minutes, or until set but not too hard. Remove immediately from baking sheets.
Posted by Sugarplum's Kitchen at 6:38 PM