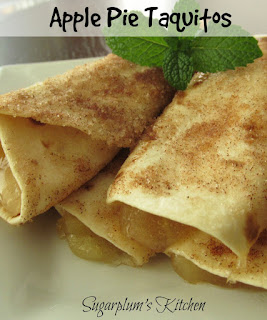 I love these Apple Pie Taquitos!  They taste a lot like apple pie but so much quicker and easier to make! They are slightly crispy on the outside and all the flavors of a delicious apple pie. They only require a few ingredients too. 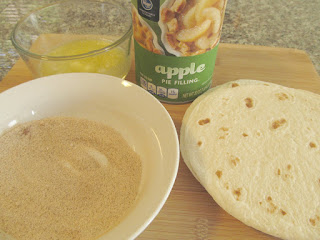 Here is all that is needed to make this recipe:  Apple pie filling, flour tortillas, melted butter, cinnamon sugar. 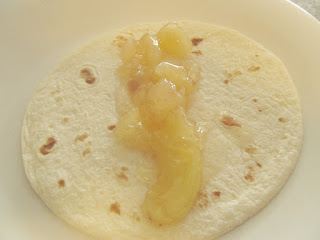 Place a couple tablespoons of apple pie filling on a tortilla.  Fold up tortilla. 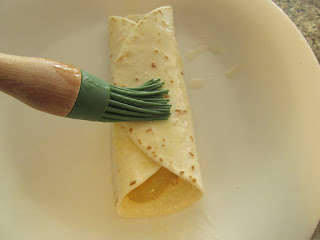 Brush the outside with melted butter. 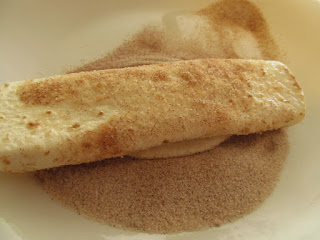 Roll the tortilla in cinnamon-sugar mixture. 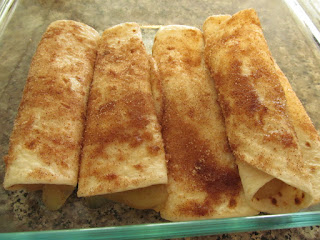 Place the taquitos into a 9x13 baking dish.  ( In this photo I reduced the recipe to make just 4 and used a smaller baking dish)  Bake for 15 minutes at 350 degrees until starting to turn golden brown. Serve while still warm.  Drizzle with caramel sauce, if desired. 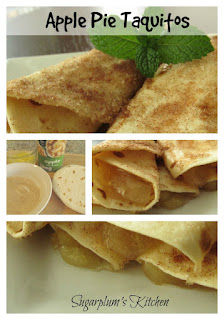 Posted by Sugarplum's Kitchen at 5:56 PM